I’ve failed, but I have learned. 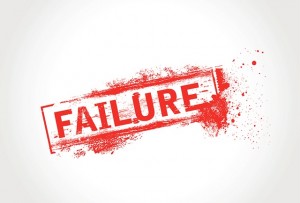 Last week I was at the first edition of No Fail, No Gain, a conference about what the speakers learned from their failures, organized by GOTORO.

I haven’t spoken about my failures during that conference; all I did was present GOTORO as an introduction, yet I had a few things I could have said. Indeed, I have failed, but I have learned from these failures!

What I have failed.

I have failed twice recently, firstly, my company, cross-roads, ran out of business in 2013 and secondly, my startup, mapromo.be, failed to attract customers and users, so I stopped the project (the company didn’t bankrupt). In both cases, I have learned a lot, and I’ll try to summarize a few main things in this post.

Lessons learned from the bankruptcy of my company.

Seeing almost 10 years of work going down the drain in less that a year is hard, but learning from it is the best thing one can do. I was lucky I had my family to rely on in these difficult moments, and I will never thank enough my accountant (st) who did so much more than crunching the numbers.

I learned all these things the hard way! If I had read some literature before I got started, I would have avoided a lot of these mistakes.

I would suggest 2 books at least:

I’m not saying that these books contain miracle recipes for launching a startup, but they learned me a lot of things I wish I knew before getting started!